A Steven Universe game made in paint and notepad.

not galaxy fox114 days ago

[SPINEL, spoken]
Oh, but it can be!
And it is!
I got a new style and a few new toys that are gonna put an end to your happily ever after, once and for all!

[STEVEN, spoken]
Whoa, whoa! This has gotta be a misunderstanding, in case you haven't heard, I've established peace across the-

[SPINEL, spoken]
Yeah, yeah, I've heard. I've had your little message to the universe on LOOP! I just love that part, where Pink Diamond spends the rest of her days on this nowhere planet with a bunch of nobodies!

That's right I heard the story over and over again
Gee, it's swell to finally meet her other friends

[AMETHYST, spoken]
I'm rusty, give me a break!

[PEARL, spoken]
It really is her, but she can't be serious!

[STEVEN, spoken]
You know her, Pearl? Can you tell us who she is?

[SPINEL]
Who am I? Who am I? What are you even saying?
I'm the loser of the game you didn't know you were playing!
Let's play another game this time I get to win
Lives on the line
Winner takes all
Ready or not
Let's begin!

very cool, i wish there was an ending and plot though

Same. I used to have a really funny scene with Pearl, where you could ask her to fuse, but then she told you she was out of your league, and then it killed you as a result of the emotional damage! I ended up removing that because I was going to have her be the quest giver, but I never finished that system (in hindsight Garnet should have been the quest giver, and I really hope the version with that joke got saved on some archive somewhere).

Thanks man, this was just how I dealt with the hiatuses xD

lmao, just logging back into this account for the first time since like high-school. Bravo man; big if true.

I think that in some places it could have better backgrounds like inside the beach house, but i liked the idea of the game!

you are stealing the hole house

This is enjoyable, it lacks things that most gamers love though.Nonetheless its a great game.

While currently simplistic, I admire the time and effort to create all those backgrounds! Not bad to spend a few minutes with if you're a fan of the show. 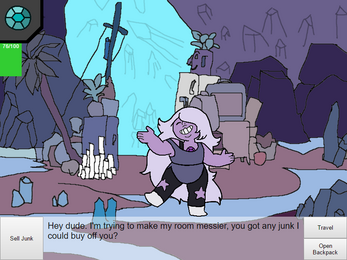 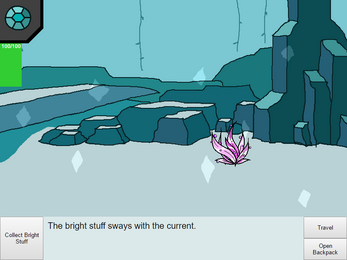 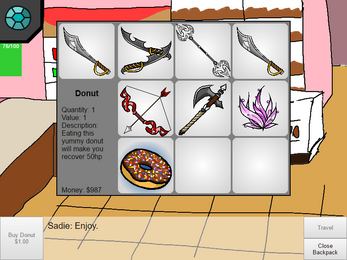 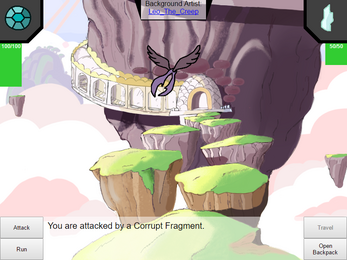 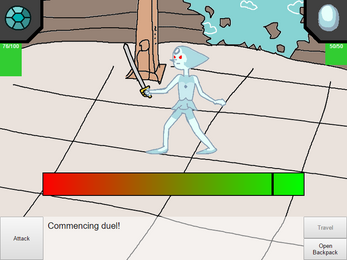